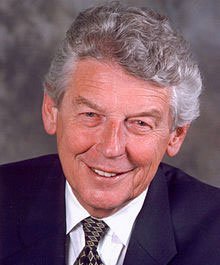 The Socialist International deeply regrets the sad passing of Wim Kok, former Prime Minister of the Netherlands and a former SI Vice-President, who died on 20 October at the age of 80.

Wim Kok was an active member of the Socialist International and was elected an SI Vice-President at the XVIII Congress in June 1989, a position he held until 2003. A true social democrat, he remained committed to his principles during his eight years as Prime Minister and was significant in creating new employment and reducing poverty in the Netherlands.

The SI pays tribute to his life and work and to his contribution within our global political family to the principles of cooperation, solidarity and internationalism.

At this sad time, our thoughts are with his family and friends to whom we extend our deepest condolences.

In remembering him, we publish here a profile piece from magazine Socialist Affairs 1994, published by the SI.